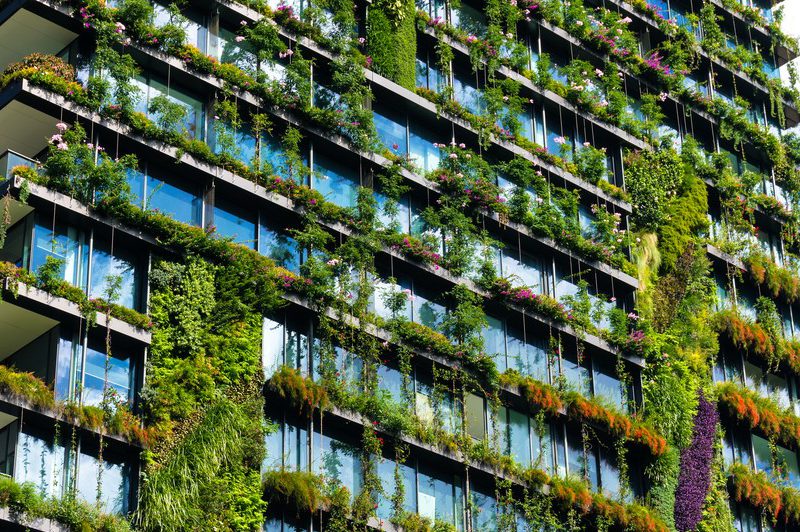 The decline of indigenous species and the loss of natural habitats from cities occurs more and more frequently. It is difficult to see that with every new residential building block a part of nature needs to make way.  What remains unnoticed, however, is how the city is building its own ecosystem that adapts perfectly to this concrete environment and is therefore many times more resilient than the ecosystems that once existed here.

How can we, as humans, make the best of this situation, stimulate the new ecosystems and, better still, how can we thrive symbiotically  with it? Cities in the future will expand. How far should we go in preserving original nature in cities and when is it time to let go and embrace change in order to survive?

In 2007, the world passed a crucial milestone: for the first time in history, more people lived in cities than outside of them. In Western Europe, this has even been the case since 1870. The fact that mankind is now the most dominant species on earth is a given. Around 2030 almost ten percent of the land surface will be urbanized and a large part of the rest will be covered by roads, man-made agriculture, cattle breeding farms or forests. All in all, a new set of environments are generating a new kind of that nature which earth has  never before experienced.

We all learned at school that evolution is a slow process which modifies life forms almost imperceptibly over time spans of millions of years. We learned that nature is not something which takes place in the relatively short period of human history. Evolution is however not just about dinosaurs and geological time scales but it is an everyday biological process that can be observed right here and right now. In this light, it is becoming increasingly clear that our short term actions have a long-term impact on life on earth and are irreversible.

Slowly we are finding out that our impact on the environment is so great that ‘wild’ animals and plants are actually adapting with great flexibility to an environment originally created by and for humans. While we are all blinded by the inevitable urbanization, completely new ecosystems are emerging behind our backs.

Just as fragile and vulnerable certain organisms and ecosystems can be, the more flexible and adaptive they are at the same time. The greater the pressure, the faster and more elusive they evolve. Organisms can for example adapt to the salty surfaces when in winter the streets are covered with this non-slippery substance and city pigeons are slowly evolving to take in the heavy metals from the roofs and traffic exhaust.

Adapting to the polluted cities is just one of the ways to survive in this new environment. Many species adapt and survive, and some indigenous plant and animal species are unable to cope with this relatively new urban life. It’s just a matter of waiting and seeing which of them survive and what new species develop and pop up in this fast changing world. Survival of the fittest in its greatest form. 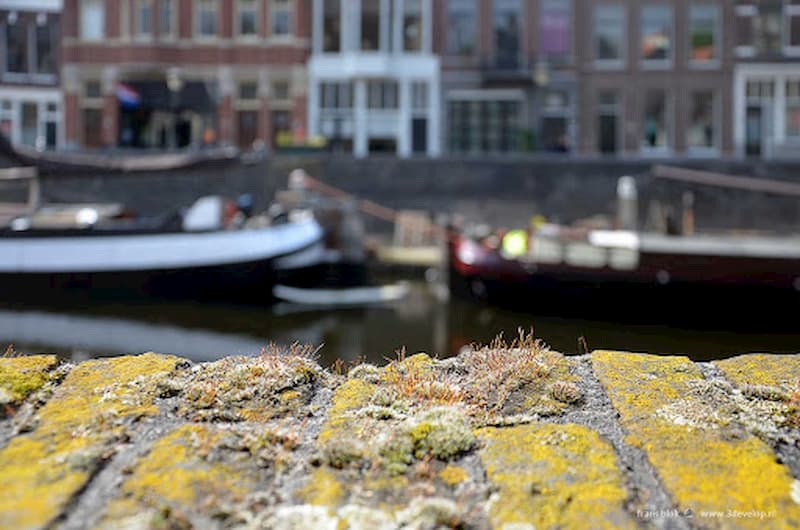 Moss on a wall in Amsterdam, thriving in sunny and bare conditions. Image by Unknown.

‘ECOSYSTEM ENGINEERS ARE ORGANISMS THAT MODULATE THE AVAILABILITY OF RESOURCES FOR OTHER SPECIES, BY CAUSING PHYSICAL CHANGES IN THE STATE OF BIOTIC OR ABIOTIC MATERIALS. IN THIS WAY THEY ENSURE THE MODIFICATION, MAINTENANCE AND CREATION OF HABITATS’.

If you look at humans and the way we evolved by cleverly using natural resources to our advantage, you could describe us as true engineers. Still we often see ourselves as separate entities and not really as part of nature. But if you delve into the animal kingdom, you can find a lot of other ecosystem engineers that, perhaps on a smaller scale, function in exactly the same way. Why are they a part of nature and we are not?

Perhaps the best example of ecosystem engineers are ants. Thanks to their advanced self-organization, they manage to conserve food and other resources in their nests. The inside of their nest is at first sight chaos with ants running around frantically, but in reality it is a tightly organized community with specific ‘rooms’, each with its own function and climate. Inside is a completely new ecosystem with a constant supply of energy in the form of food brought in by the ants, which can then be attracted and exploited by other types of organisms.

As a result of the opportunities offered by the ecosystem created by the ants, some 10,000 new species around it and inside it have evolved. Even the indirect surroundings of the ants habitat is affected and responds, such as nettles that start growing on a nitrogen-rich spot around the ant-nest. A lot of new insects and organisms learned how to live and evolve in the ants nests, making use of the success of the ants.

In addition to ants, there are other ecosystem engineers, animals that create structures much larger than themselves, such as termites or corals. These engineers can also be larger animals such as the beaver. The beaver is the best hydraulic designer with its gigantic dams made of tree trunks and stones. By setting up a habitat suitable for themselves, they influence the environment around them. The damming up of previously fast-flowing rivers causes swamp formation in places where this would never have occurred naturally. Trees can now grow here and attract other life forms such as birds and squirrels.

The redevelopment of the landscape has such an impact on the environment that it creates new niches for a whole range of other species. If the bevers wouldn’t build their dams, the big new range of tree formations and animals would never have grown and lived in that area. It is great to see that when change happens in the natural landscape, whether it is by accident or because ecosystem engineers expanding their territory, nature always finds a way to adapt. 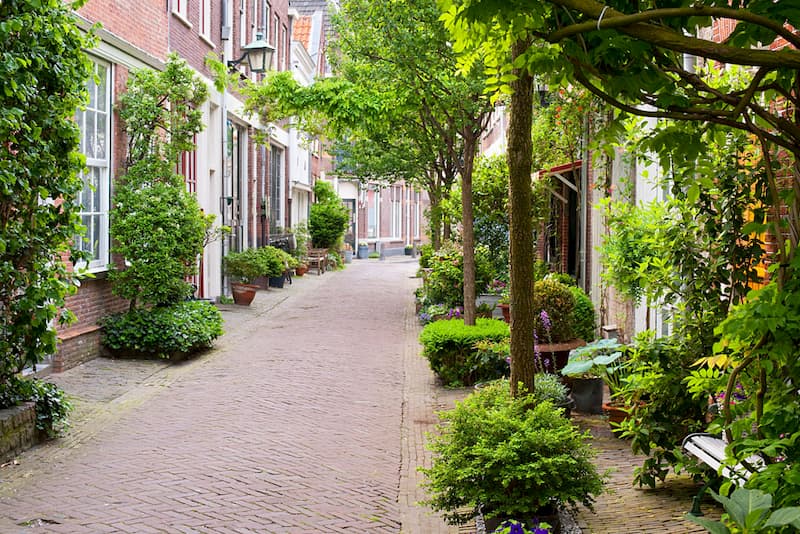 An on first sight tidy and organised typical dutch street, secretly bursting with unseen organisms and wildlife. Image by Unknown.

If we look at ourselves as ecosystem engineers we might wonder how it came to be that our actions invited other organisms to actually stay close to us instead of leaving the city. Cities are often looked at as ‘concrete jungles’ with far less flora and fauna than the countryside. But looks can be deceiving. If we look at the city as a man-made ecosystem urban ecologists actually find a very high level of biodiversity. This can be explained by a number of points:

New exotics travel unnoticed like seeds in the airport and flourish in our ever warmer cities. The butterfly bush (Buddleja), for example, originally comes from Japan and China but moves tirelessly between the Dutch paving tiles. Of course we also experience the problems of this, like the invasive exotic ‘Japanese knotweed’ that is difficult to control and takes over whole areas.

Otherwise it would never have been an attractive location for the start of new towns. Part of that biological wealth has survived in the remaining city habitats.

The messy inner city with its rich mixture of backyards, green roofs and urban parks is a relief for nature compared to the sterile, geometric landscapes in the countryside.

What to us is a collection of buildings, streets and transportation is for birds and insects a kaleidoscope of rocky ledges, damp cavities, stripes of moss and underground streams. The great varieties of gardens alone are miniature ecosystems in themselves; sterile gardens covered with tiles, vertical green walls, feral gardens with meter high grass, lawns, vegetable gardens, etc. Of course the city certainly offers challenges for many animal species, but for the animals and plants that can move over long distances and live in small fragmented pieces of habitat, the city is a surprisingly varied landscape. 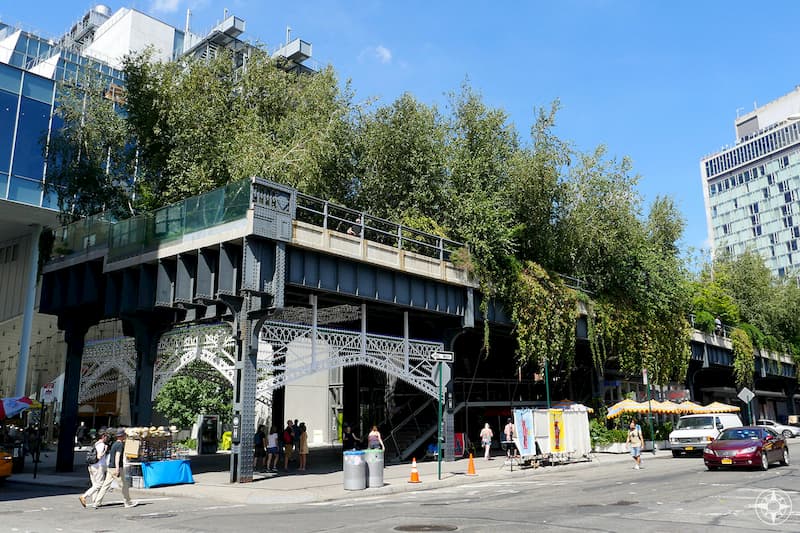 The world famous ‘High Line’ in New York. A green habitat in a busy and concrete city. Image by: Happier Place

IN CONCLUSION: MOVE FORWARD AND THRIVE!

When we talk about ecology and evolution, about ecosystems and nature, we pretend that humans are not part of it and we try to isolate nature as much as possible from the harmful influence of the human world, which we implicitly describe as unnatural. Yet we have become a big player in the earth’s ecosystem and whether we like it or not, we are the largest and most influential link in it.

If we can understand that we are the reason these ecosystems arise due to our work as ‘ecosystem engineers’, then we can play an even bigger part in the development of new habitats.  It is up to us what we want to do with this power and more importantly how we want to use this. It could be an opportunity to look at nature and cities in a new way and discover ecosystems that we didn’t even know exist.

Admitting ‘newcomers’ to the rapidly changing city climate that flourish better than the old native species is something that inevitably needs to happen. Change can sometimes be painful and it is in our nature to become attached to what is well-known to us. If we can however see ourselves as ever evolving creatures that are a part of nature, instead of a separate entity, we might be able to accept that change.

With MOSS we see this adaptation as a natural necessity to survive and thrive. Let’s make way for new ecosystems and give them space to create a new balance and flourish. Stay connected with us to see our upcoming projects and learn more about our designs that embrace cities as new ecosystems.